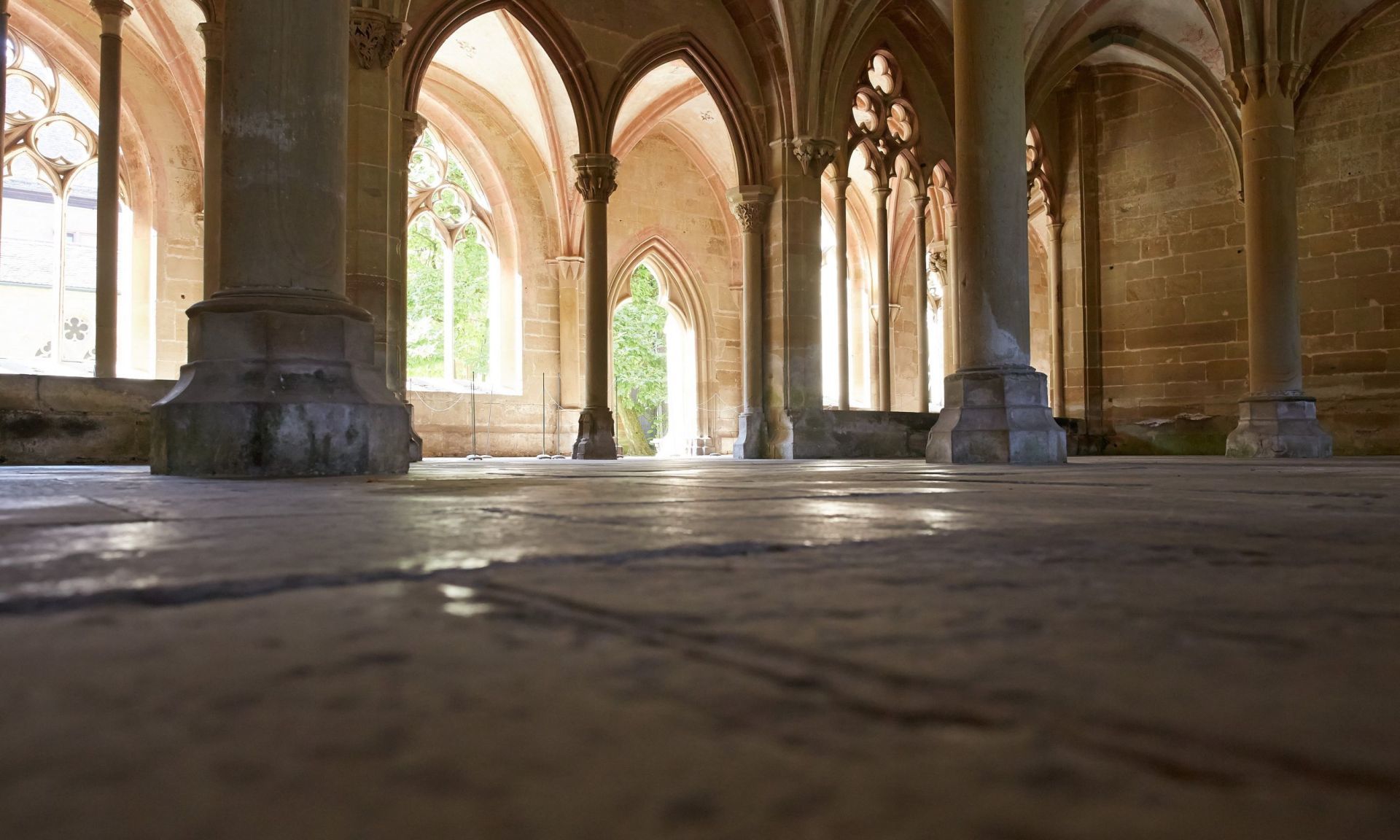 The secrets of Maulbronn Monastery

From rapacious abbots, a medieval underfloor heating system to the secret scourging chamber, no one knows the secrets and stories of the old monastery as well as Angelika Braun. The 56-year-old has grown up behind the meter-thick walls, and will give you a guided tour through her own personal Maulbronn.

Yesterday evening, during her last tour shortly before nightfall, she heard him again: "Abbot Duckfoot slowly limped through the cloister with his typical shuffling step," says Angelika Braun. "Clack-clock, clack-clock," she clicks her tongue and pushes her hands a little deeper into the sleeves of her black coat. The 58-year-old doesn't care that her colleagues sometimes laugh at her for her fantastic perception - after all, Abbot Entenfuß has been dead since the beginning of the 16th century. “I just have a very special ear for this place," she explains and strokes over the weathered local schilf-sandstone blocks on the main portal of the monastery church.

Angelika Braun is familiar with every nook and cranny in Maulbronn, every remote chamber, the enchanted Faust Tower, even the secret Scourge Chamber, where the monks once chastised themselves with whip lashes. Angelika's grandmother lived in the old cooperage, where wine barrels were made during the Middle Ages. Angelika Braun was born here, in the lower living room under the roof. She learned cycling in the cloister. As a child, in summer when the stones were warmed by the sun, she hunted for lizards on the old defensive wall, and in winter she huddled by the wood-burning stove and listened to the neighbor's exciting stories.

"These venerable walls are my life," she says. The door swings open with a soft squeak and a cool, damp breeze flows from the interior of the church. On this cloudy day only little light penetrates through the small arched windows into the nave. Your eyes have to get used to the darkness before you see the powerful crucifix in front of the choir rail. In 1147/48 the Cistercian monastery was founded by Abbot Dieter. Today, Maulbronn is considered to be the most completely preserved monastery north of the Alps and was therefore declared a UNESCO World Heritage Site in 1993. The unique completeness of the complex conveys an almost unadulterated image of a medieval monastery.

The Cistercian order is a reform movement that developed from the tradition of the Benedictine monks and spread rapidly throughout Europe. The Cistercians, founded by the Benedictine monk Robert (around 1028-1111 AD) in Cîteaux near Dijon, were the first centrally organized order of Christianity. For example, emphasis was placed on building uniformity. There was an ideal construction plan which all new establishments had to follow. Both customs and daily routines were the same in all of the monasteries of the order; a kind of medieval franchising. In addition, the monks no longer wanted to live off the taxes of dependent farmers, as was common in other communities. They wanted to be self-supporting.

In the richly decorated Gothic choirstalls there was room for 92 monks. Here the pious men prayed eight times a day. How many hours might they have observed the scenes artistically carved into the dark walnut wood during their devotions? Samson can be seen conquering the wild lion, and across the way, the Holy Virgin tames the unicorn through her innocence and puts its head in her lap. “At a second glance, there are many more small stories to discover,” whispers Angelika Braun. And really, how could you miss that? Behind a relief, a clumsy little puppy peeks out, a cheeky monkey does gymnastics on a wooden ornamentation, and in one corner, a bearded man holds a saw and a miniature of the monastery church in his hand. Here, the artist secretly immortalized himself...