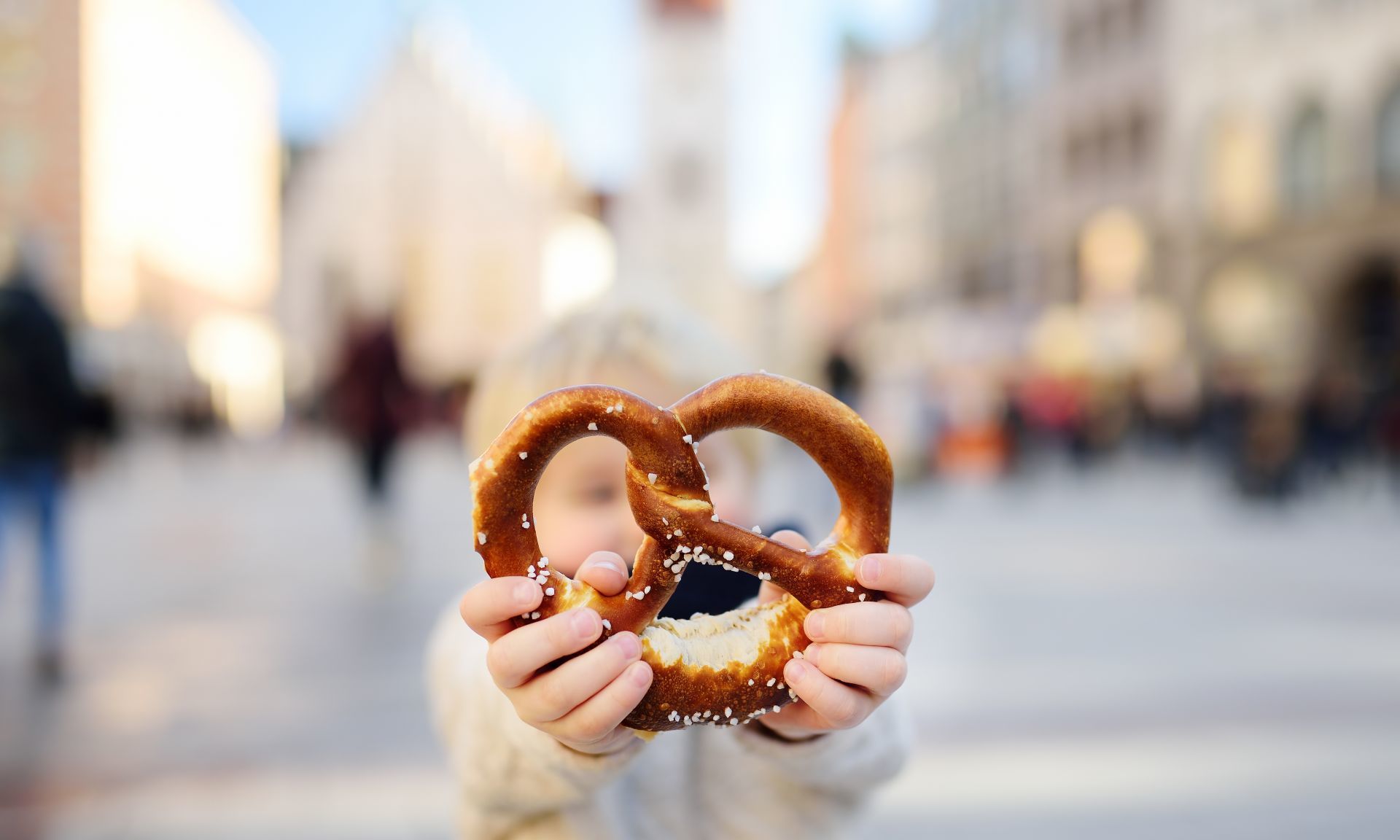 The history of pretzel!

Germans love bread! It is part of a typical breakfast and supper. In the morning they eat a roll with jam, in the evening it’s a slice of bread with cold cuts or cheese - and probably with a pickle. It is also a popular snack for inbetween.

Bread is so popular that the German Bread Institute (yes - Germany has an institute for bread!) counts about 3200 different varieties. One of them is the pretzel. There are so many stories about how the pretzel originated. People argue passionately about where and by whom it was invented. One of the most charming pretzel legends comes from a small town called Bad Urach near Stuttgart, in the southwest of the republic.

A few hundred years ago, the famous royal baker Frieder lived there. He had fallen out of favor with his master, Eberhard the Bearded, because he had supposedly robbed the count. The count had him thrown into the dungeon of Urach Castle, which stands on top of a rock overlooking the small town, and condemned him to death.

The baker's wife hurried to the count in desperation and begged for mercy. The count agreed immediately - not the least because he did not want to be without Frieder’s delicious baking skills. His condition: the baker had to invent a new pastry within three days, through which the sun could shine three times a day and which should taste better than anything he had ever eaten.

Frieder immediately went to work, but for two days he could not think of anything. On the third and last day he kneaded lightly salted yeast dough, knowing that the count did not like sweets. But then he did not know what to do next. Desperately he raised his eyes and saw his wife standing with folded arms against the doorpost of the bakery and watching him. Then he had a brilliant idea: He rolled a dough into a sausage that was thicker in the middle - the body. The lateral ends he thinned and crossed over each other as the arms, just as he had just seen his wife. Perfect! A beautiful shape through which the sun could shine three times.

Frieder fanned the fire in the oven. The cat, which had been sleeping next to the stove all day, jumped up in alarm and landed on the baking sheet. The twisted pieces of dough fell off and landed in a bucket of hot lye that the baker's wife had previously prepared to flavor fish and soup. What a drama!

Because the time was almost up, Frieder had no choice but to fish out the pretzels, lay them back on the sheet and bake them. When he took his pastries out of the oven, he was surprised: The pretzels had become wonderfully brown thanks to the lye, the middle part was soft and the arms crisp.

Frieder hurried with the baked pastry to the count, who was enjoying a glass of wine with his wife. He held the pretzel up to the evening sun that shone through the window. The sunbeams fell through the three openings, and when Eberhard tried the pastry, he thought it was the most delicious thing he had ever eaten!