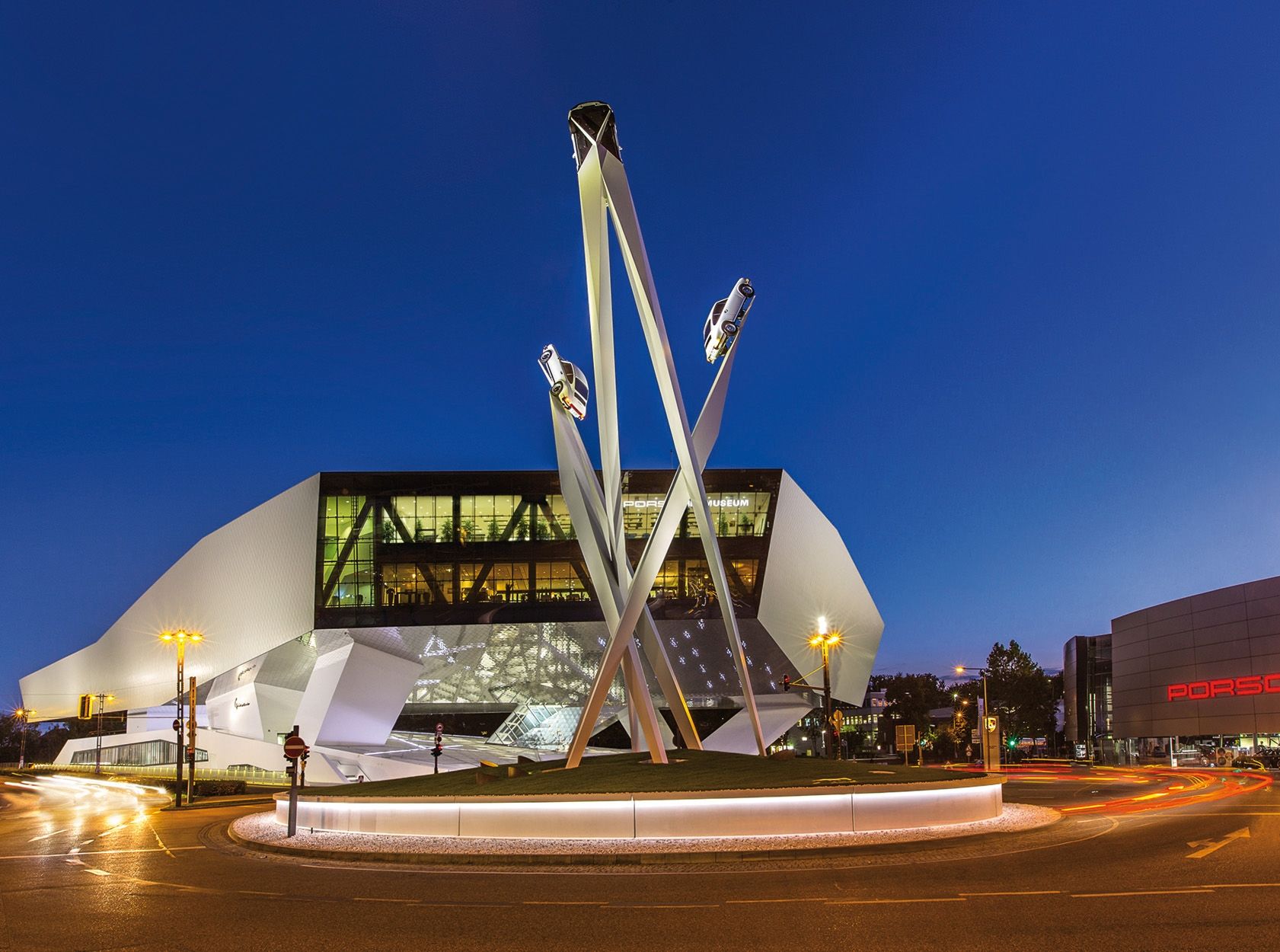 Stuttgart – design made in Germany

In the 1920’s, Stuttgart was a stronghold of the avant-garde. Today it is the uncrowned capital of architecture and home to renowned planners and designers.

How do modern urban people want to live in the future? The German Werkbund asked this question in the 1920’s and requested 17 architects to submit their ideas. Radiantly whitewashed answers, built of concrete and steel, were added to the list of World Heritage Sites in the summer of 2016: the houses of Le Corbusier and Pierre Jeanneret in the Weißenhofsiedlung in Stuttgart.

Today, the ensemble is considered as one of the most important architectural settlements of the modern period, especially Corbusier's duplex that stands perched on almost graceful looking pillars and has a magnificent roof terrace with a view. This architecture was revolutionary at the time. Accessible rooftops were known only from castles; the flexible floor plans were first tested in Stuttgart. The Weißenhofsiedlung belonged to the avant-garde and was thus light years away from the cliché of staid home builders.

Like so much in Stuttgart, it must have been pretty wild in those early years, in the infamous Roaring Twenties. The nude dancer Josephine Baker performed several times in the Friedrichsbau. Stuttgart was an experimental city and has remained so in both architecture and design. Prerequisite: the quality must be right.

For connoisseurs, the city is considered to be the architectural laboratory of modernity. This includes the world's first television tower, which was dedicated in 1956 on the Hohen Bosper and - virtually as a prototype - was copied around the world. But also the new construction of the hospital courtyard of the Lederer Rangansdóttir Oei, the radically reduced residential buildings "House K3" or the "House S" of Bottega + Ehrhardt and the Mercedes-Benz Museum in the form of a twisted double spiral in Bad-Cannstatt are worth a visit.

Stuttgart is open for a new look, even if the designs are sometimes discussed controversially, as most recently, the city library on the Milan Square. The building by South Korean architect Eun Young Yi is a huge cube. The floor plan is square; the whole building is symmetrical even to the smallest details. Because of this strict order, the house is also called "Stammheim II" or "Bucherknast" after a local jail. Nevertheless, the building with its strict glass-block facade is impressive. The atmosphere in the large funnel-shaped reading room, called "the heart," feels somewhat like a church. Kept in a delicate gray, the architecture recedes and allows the approximately 500,000 books with their colorful backs to also make an impression.

Cubes seem to be popular in Stuttgart. Hascher and Jehle had already chosen this form for the art museum in the Kleiner Schlosspark. The Stuttgart-born architects, who also designed the Great Ape House in the Wilhelma zoo, wanted to create a "quiet, elegant structure that is clearly anchored in our time." The glass cube encloses another in stone where special exhibitions are presented. The actual collection is displayed in two unused tunnels beneath the building. During the day, the café in the foyer is a pleasantly quiet spot, where you can watch the hustle and bustle of the city. At night, when the glass shell begins to shine, the building looks like a golden treasure chest.

The new office building, which the architects Blocher Blocher Partners created as a new headquarters on Herdweg, is exciting not only because of its design. The simple, yet striking concrete construction with mahogany elements is built according to all the rules of sustainability and has been awarded platinum by the Society for Sustainable Building.

Furniture design also has a long tradition in Stuttgart. Already in the Weißenhofsiedlung Walter Knoll equipped a total of nine apartments. The designers, who today have their company headquarters in nearby Herrenberg, reinvented the chair. They dispensed with heavy upholstery and made the seat shells seem to float on light aluminum legs. Knoll also wrote design history with her 369 armchairs, the Lady's Chair 375 and the reading and reclining chair 368.

In 1993, the furniture family Benz bought the famed company. Rolf Benz is another Swabian success story, in Nagold to be exact, a small town southwest of Stuttgart, where the armchairs and sofas that have conquered the furniture world are still made mostly by hand today.