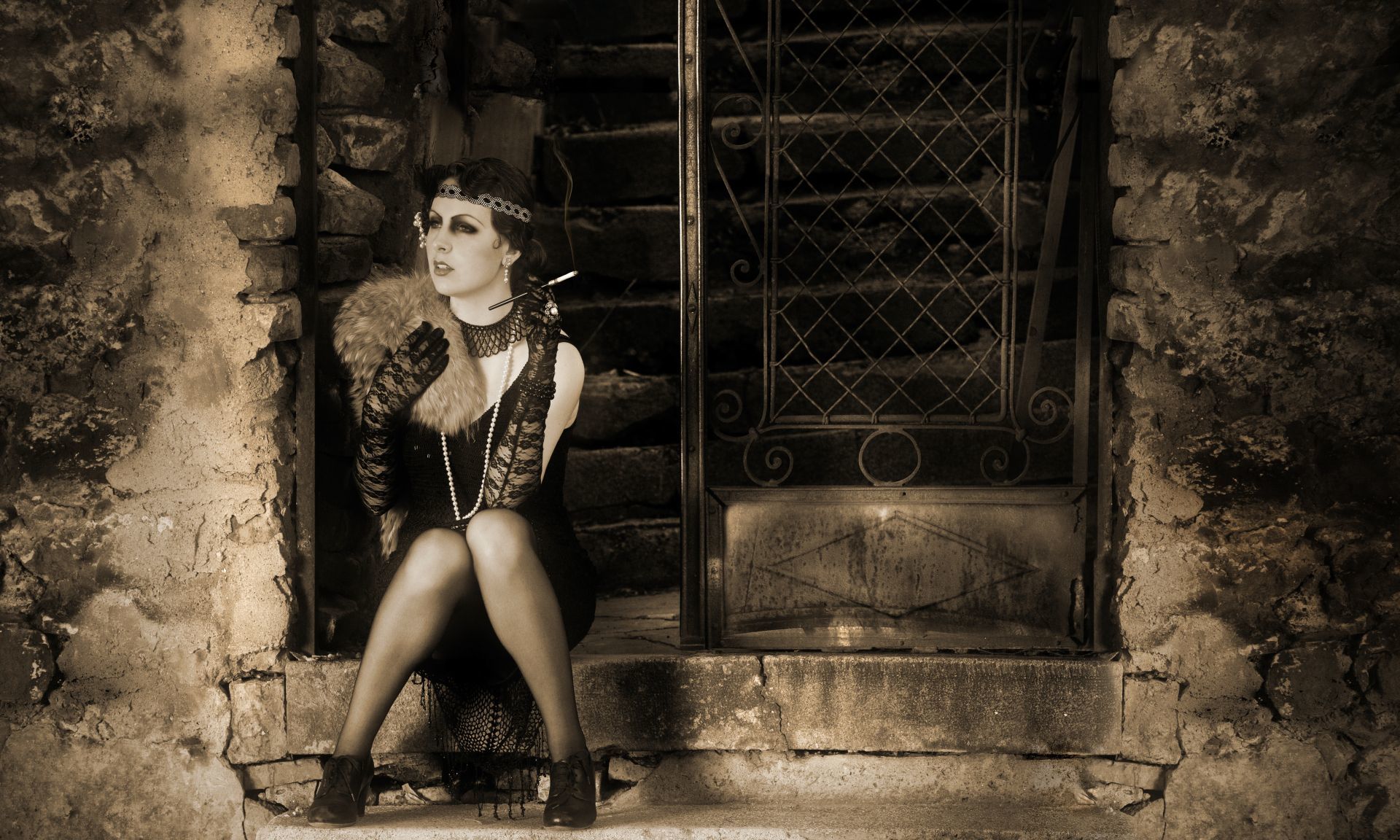 Places of the Golden 20s in Berlin

It was like a life of intoxication. In the 1920s, Berlin was considered to be the fastest and most dazzling metropolis in Europe. In the so-called "Golden Twenties," the heyday between World War I and World War II, the city was a pioneer in art and fashion, science and technology and had the reputation of being the center of all imaginable pleasures.

The women cut their hair coquettishly into a bob, wore real lipstick, smoked in public and rode a bicycle, which was daring at the time. At night glamour and extravagance were celebrated. Who would not like to have been there? We search for clues and explore places where you can feel the golden age even today.

It looks like the little brother of the Eiffel Tower in Paris. When the radio tower was opened in 1926, it was not only the tallest building in Germany—at 150 meters—with its iron construction, it was also a symbol of the city's modernity. From here, the first television program worldwide was broadcast. To this day, you can enjoy the view over the city and the Grunewald from the viewing platform (125 meters). The elegant ambience of the ‘20s has been preserved particularly in the restaurant that seems to float at 55 meters: The walls and the counter are paneled with walnut from the Caucasus and decorated with ornate inlays of shimmering mother-of-pearl.

Zero hour, zero Euros. Every Saturday at midnight, time seems to have stopped in the Babylon cinema on the Rosa Luxemburg Platz. There, on an original silent movie screen from the 1920s, classic films such as Murnau's "Nosferatu," Charlie Chaplin's "The Gold Rush" and Fritz Lang's "Metropolis" are shown. Contrary to what is customary today, the picture is almost square (3x4m format) and is surrounded by a golden frame. The organist, Anna Vawilkina, plays the old silent-film organ to accompany the black and white films. In addition to 1000 pipes, it also has special effects such as rain, the honking of the railway, wind and thunder. Sensational! And that every Saturday night at zero hour, for zero euros.

Not only champagne and absinthe flowed in the 20s. It was also the decade when vodka became famous outside of Russia and Poland. During the October Revolution, many Russian emigrants had fled to Berlin and brought along the recipe for their favorite drink. The liquor was considered to be clear, honest, well-tolerated and to make wild party a bit wilder. One of those "waters" of that time is Held Vodka, which is still produced today in accordance with the 1921 tradition of sugar beet mash. The right sound for the Roaring Twenties: Songs of the Comedian Harmonists.

The Clärchens Ballhaus in the Auguststraße is one of the last remaining ballrooms in Berlin. In the opulent chic of yesteryear, the walls are still decorated with silver tinsel today. The decor is largely original and there are changing dance events daily (sometimes Cha Cha Cha, Swing or Charleston ...), often with live music. If you want to immerse yourself deeper into "Clärchens" history: Sundays from 1:00 – 2:30pm Marion Kiesow guides tours through the venerable Ballhaus, telling of lonely hearts, sliders, twilight figures and pleasure-seeking girls.

Fast, faster - Berlin. Potsdamer Platz was the busiest square in Europe in the twenties with the S-Bahn and underground, 26 tram and 5 bus lines. Every day, 20,000 cars crossed the square and 83,000 travellers were counted at Potsdam station. The policeman's trumpet, with which he tried to regulate the flow of vehicles and pedestrians, was no longer enough, so that in 1924, a pentagonal towerwith the first traffic light in Berlin was erected. The duty traffic station surveyed the intersection from a cabin three meters aloft and regulated the traffic with light signals. The traffic light tower, which was built as a reconstruction in 1997, quickly became the new landmark of the progressive metropolis.

The look of the decade. Tilda Knopf and Else Edelstahl regularly organize dazzling soirees in changing locations with their "Bohème Sauvage" party series. The fitting outfit for the big show - without which you can’t get by the bouncer, by the way – can be found in their small shop "Le Boudoir" in Friedrichshain. There, they lend and sell sophisticated fashion and accessories such as stoles, leggings, hats, cigarette holders and gloves in the style of the ‘20s. Browse and try something on!

The playwright Bertolt Brecht achieved his breakthrough with the Threepenny Opera: On August 31, 1928, the play with music by Kurt Weill was world premiered at the Theater am Schiffbauerdamm (today the Berliner Ensemble) and met the feeling of contemporary life with its bitter cynicism and harsh lyrics. To this day, the piece is part of the repertoire of the Berliner Ensemble and is currently on view in a staging by Robert Wilson and Herbert Grönemeyer. Get tickets early - the performances are sold out weeks in advance.

The Georg Kolbe Museum is a gem. The sculptor had his studio designed in the Bauhaus style in 1928. A secretive, idyllic place, outside the city center, in the Westend. Kolbes theme was the naked human body. He enthusiastically attended demonstrations by Josephine Baker and the expressive dancer Gret Palucca, modeling the moving body. His bronze sculptures are not only in the studio but also in the garden under gnarled pines, between bushes and flowerbeds. Especially pleasant: next door is the "Café K" in Kolbe's former home.

After London and New York, Berlin was the third largest city in the world in the 1920s. More and more people moved to the capital. In the old buildings with their numerous backyards the apartments were often small, dark and stuffy. Architects such as Walter Gropius, Bruno Taut and Hans Scharoun built houses that would also allow workers affordable housing in bright rooms with private bathrooms and green surroundings. Their designs became the models for the entire 20th century. Six settlements of these so-called "Berlin models" are now included in the UNESCO World Heritage. Interesting, for example, are Siemensstadt, the horseshoe settlement in Britz and the residential town of Carl Legien in Prenzlauer Berg.