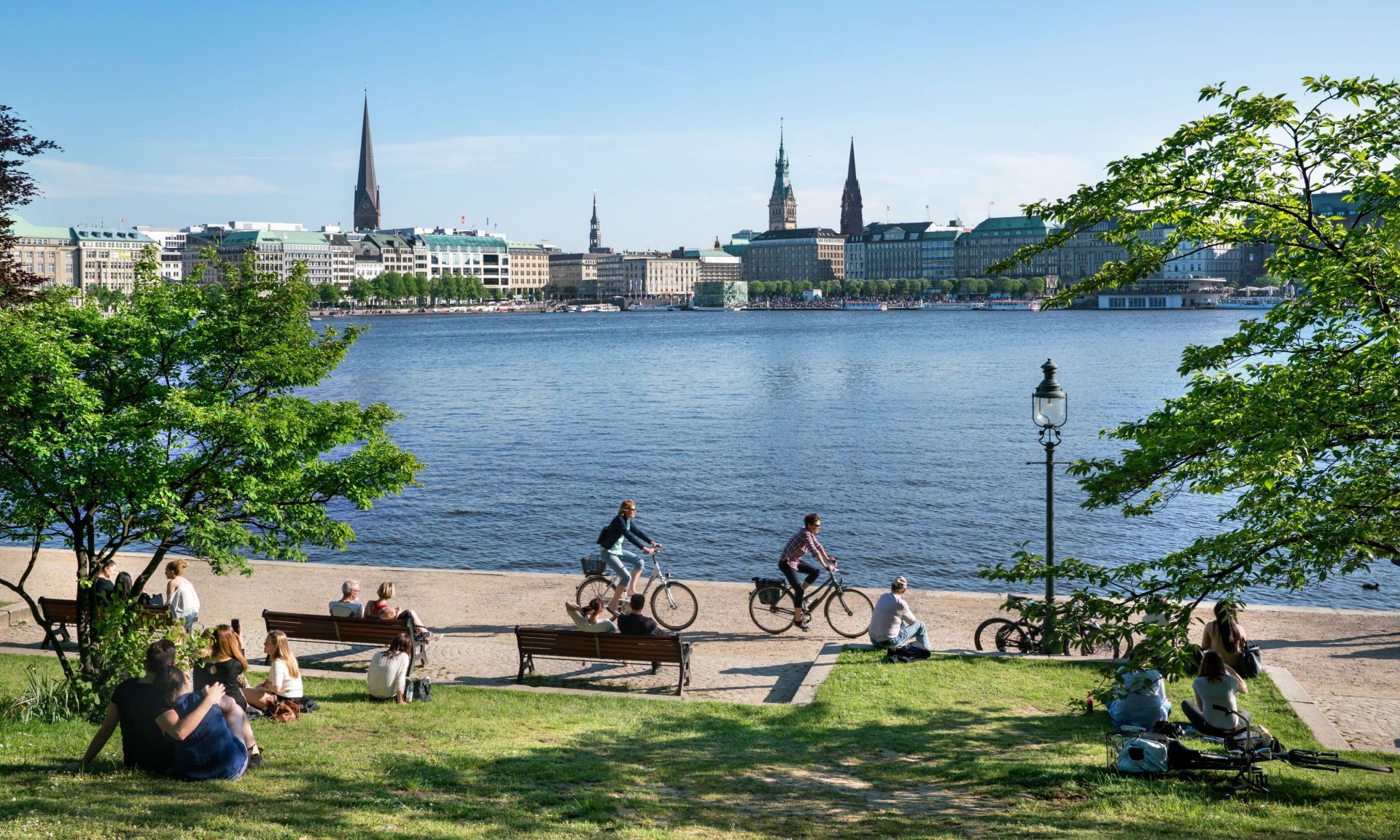 In which city do the happiest Germans live? Every year a polling institute asks the same question, and every year they get the same answer: Hamburg! The Hanseatic city in the north is not only considered to be the most beautiful metropolis in the country but also has been listed as one of the top ten in the world.

But what makes Hamburg so attractive? We looked around and came to this conclusion: it's the mix! Hamburg is a harbor city with lots of green and lots of water, a cosmopolitan metropolis in which culture and subculture complement each other perfectly.

The new landmark of the city is the Elbphilharmonie. The fashion designer Karl Lagerfeld calls the new concert hall on the harbor the "cathedral of the century." The building pleased the chief designer of Chanel so much that he held the "Métiers d'Art" show here.
This impressive building with its gigantic glass structure almost did not become a reality. The project, designed by architects Herzog & de Meuron, was completed seven years later than originally planned and was nearly 10 times more expensive. Instead of 77 million euros, in the end the construction cost 789 million euros. Even if no one in Hamburg is proud of the "Elphi," it is well worth a visit.
The glass façade consists of 1100 mirrored panels with differing curves, creating a surface that allows for many associations: some see it as a sail, a mountain range, turbulent ocean waves, a sailing ship or even an iceberg. The roof is a huge terrace, with a magnificent panoramic view.

In Hamburg, celebrity chefs abound. One of them is Tim Maelzer, who has established a hotspot with his “Bullerei” in the Sternschanze. In the hiply renovated ambience of a former slaughterhouse, he serves his guests creative, international cuisine. Especially popular are the meat dishes, which are served in the large dining room with its exposed brick walls and open ventilation pipes.

The Hamburg fish market has been there since 1703. Every Sunday from 5:00am on, night owls and early risers meet here to stroll through the halls. “Eel-Dieter” and “Salmon Jochen” shout themselves hoarse trying to outdo each other with the best prices for freshly caught goods. But it’s not just fish. Flower vendors stand directly on the loading ramp of their trucks praising their tulips, roses and carnations, bananas fly through the air at the fruit stands, “Wurst-Willi’s” packaged sausages find eager customers. A spectacle that you must see!

The finest drinks are available at Le Lion, the Bar de Paris near the town hall. Here, the walls are covered by brocades, with heavy, dark brown carpets on the floor. The drinking straws are made of real straw for the excellent drinks, and the staff are dressed in old-school style suits, looking as if they had just stepped out of an historic English mansion.

The opposite, but no less charming, venue is the “Strandperle” on the Elbe River. The Hamburg locals gather here on weekends or after work. You sit casually barefoot in a folding chair, drink your Astra, a local beer, straight from the bottle and watch the big container ships entering the harbor. What a feeling of freedom!