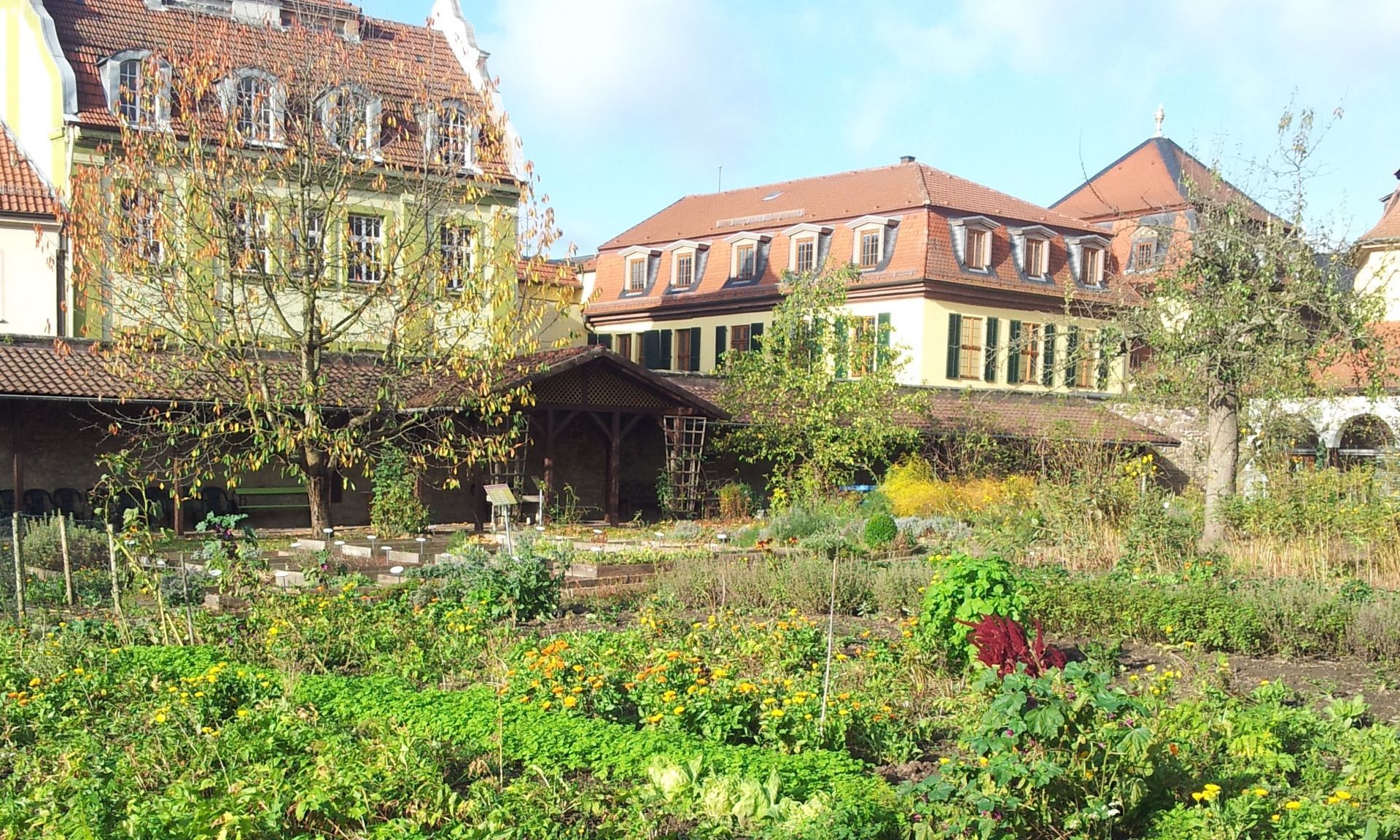 Garden secrets from the monastery

“Eco-tomato,” “organic potato,” “sustainable cultivation,” these terms had not yet been invented when the Benedictine nuns at the Abbey of St. Mary in Fulda decided to banish slugs, herbicides and chemical fertilizers from their land. While during Germany’s economic miracle, the insecticide DDT was sprayed quite liberally without concern, these nuns switched to natural cultivation.

Behind the three-meter-high natural stone wall that still surrounds the 2000-square-meter garden of the monastery in the historic Old Town, they unhurriedly explored totally new farming methods. Their goal was not to maximize returns with minimal labor input, but rather, their aim was to recognize the connections in creation and thereby to achieve the greatest possible harmony in their garden kingdom.

Today, their findings belong to the basics of organic horticulture throughout Europe and are, of course, included in many textbooks. "The basic knowledge had already been collected by the monks and nuns 1200 years before us," says Christa Weinrich. As a horticultural engineer, the 65-year-old nun is now responsible for growing and creating in the 380-year-old monastery garden in Fulda. With her freshly ironed habit, quiet voice and girlish smile, she is not exactly the stereotype of an uncompromising eco-gardener. Nevertheless, Sister Christa is one of the most renowned experts in this field. She gives lectures, writes books and rails passionately against the worldwide depletion of soil by fertilizers and heavy machinery.

"Back in the early Middle Ages, it was the religious order from Italy who brought the garden culture to wild Germania," she explains. While the Romans had already mastered the art of fruit tree grafting and had cultivated fine vegetables, our ancestors were still rooting in the ground with elk shovels and deer antlers.

"The brothers and sisters brought their seeds, cuttings and the garden knowledge of antiquity with them over the Alps. They cleared forests, built abbeys and explored the secrets of microclimate, soil management, mixed culture and pest control.” Famous monastery gardeners were Hildegard von Bingen, who specialized in the cultivation of medicinal herbs in the 12th century, and Albertus Magnus. In the 13th century, the Dominican wrote one of the first scientific books on horticulture which then became a veritable bestseller.

"Another garden revolution was triggered again by the monks at the end of the 15th century," says Sister Christa. "Columbus discovered America. And while the sailors were fussing over the gold of the Indians, many of the traveling clergymen dug up little plants, collected seeds and transported them on the ships to the old homeland.” The nasturtium was a ‘stowaway’ that happened to be in the cowl of a monk who carried it back.

The tomato was considered to be a foul-smelling shrub, and its fruits—like the potato—were thought to be poisonous. But the industrious monks enjoyed the exotic plants with the pretty flowers, so they kept these "useless plants" in their gardens for decades and bred them until they finally realized the tomato’s true value as a delicious vegetable.