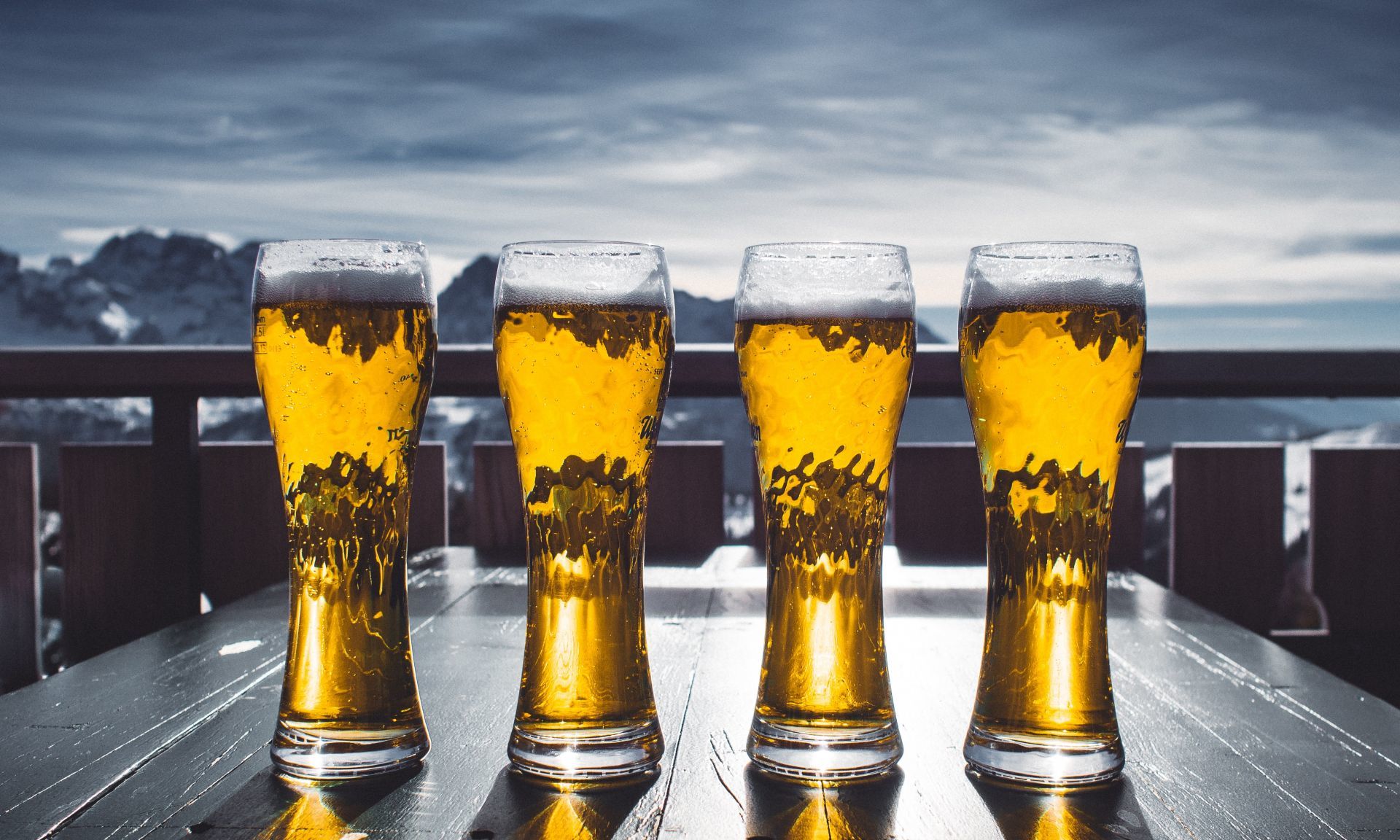 Cheers to the king!

People sit together in the shade of the chestnut trees, young or old, tourists or locals – it doesn’t matter. The main thing is a freshly tapped mug of beer and a hearty snack. The Munich beer gardens are unique. They owe their special flair to an old decree by King Ludwig I.

There are many reasons to like Munich. Because of the Nymphenburg Castle, for example. Or the Frauenkirche, the Hofbräuhaus, the Oktoberfest. Some even say because of Bayern Munich, the soccer team.

The city on the Isar River is especially appealing due to a very old law, one that only exists here and that you would not expect in a metropolis where chic people in convertibles roar down Maximilianstrasse:

In the beer gardens, guests are allowed to bring their own food. In front of the astonished tourists, the people of Munich unpack their picnic baskets. Stylish with a checked tablecloth, plates, cutlery and blue-white napkins, they put homemade Obatzda (Camembert cream cheese paste, see recipe), sausage salad, white radish (“Radi”) and cheese on the table. From the proprietor you only buy the drinks and – if you like - a XXL pretzel. A “Mass” - a liter of beer - costs an average of 7.50 €. That's expensive enough.

The origin of the beer gardens goes back to a regulation from the 16th century. For reasons of hygiene, beer was only allowed to be brewed in winter. In order to keep the “barley juice” cool even in the summer, basements were dug and chestnut trees were planted on top as sun protection. Later, the brewers demanded “pouring rights” and the citizens made pilgrimages to the shady spots where they could drink beer fresh from the storage room.

But in order to prevent too much competition for the innkeepers in the city, King Ludwig I (the grandfather of the “fairy tale king”) forbade the brewers to sell food. That's why the guests brought their own and still do today.

Which of the 36 beer gardens in the city you prefer, depends entirely on your taste and mood. They are all beautiful. In the Hofbräu beer garden on the Wiener Platz in the Haidhausen district, you can often sit on cool evenings until the last round at 10pm without a pullover. It is located in the middle of the city; the houses around it and the trees retain the heat.

One of the largest and most famous beer gardens is the Chinese Tower in the English Garden, where there is space for 7000 guests. Even if the "Kina Tower" – as it is correctly pronounced in Munich – is in every tourist guidebook, you will meet many locals here. At the wooden tower, which was built in 1789 as a public attraction, on warm days the "Musi" plays a toast to “Gemuetlichkeit.” No one finds this embarrassing - that's part of the fun of sitting under the white-blue canopy. Shouting "Oanz, zwoa, gsuffa!" is also normal.

Once in a while you treat yourself to “Steckerlfisch.” This is a mackerel or a whitefish, popular freshwater fish from Bavarian lakes, grilled on a hazel stick over the open embers. Delicious! And greasy.

A few hundred meters from the "Kina tower" is the lake house. From there you can watch lovers paddling across the pond in pedal boats, while the self-confident ducks waddle between the tables hoping for fallen pieces of pretzel.

On the benches, you quickly get into conversation with the other guests. As soon as you identify yourself as a "Preiß" (a Prussian, i.e. someone, who lives north of the Danube), you will get an earful. This is not meant personally. On the contrary, this gruff behavior is part of the “Munich original.” A passionate discussion about what size a decent beer should be is inevitable and can be quite amusing. You can hear claims that Rhinelanders drink beer from thimbles. But whoever shows that he can hold his drink, will quickly gain the respect of the Bavarians even as a Prussian.

In Munich, petty-bourgeois small-mindedness and cosmopolitan openness stand close together. While at the regulars' table there is a discussion about disturbing the peace, the nudists are basking on the sunbathing lawn next door - the "Nackerten."

It is a special experience to watch as whole bus groups from China standing stunned at the edge of the meadow. Shyly they watch the revealing spectacle through the viewfinder of their digital cameras and comment with excited "HOOOOOOhh Oooooh" calls.

Another popular photo subject is the women and men in native costume. While the people of Munich wear dirndls and lederhosen only for the Oktoberfest, many visitors from the surrounding villages like to wear these traditional clothes. They stroll along the Isar River and the Leopoldstraße, proudly marveling at the sights in their state capital.

After the stroll everyone meets again, the tourists from China and Prussia, the Munich residents, the village people and the nudists—dressed, of course—in the beer garden. Where else?!